The Hash Marihuana & Hemp Museum is the oldest and most important museum in the world dedicated to cannabis.

On day one after the official opening curious visitors could read the following statement: “Some of the exhibits have been confiscated by the ministry of Justice, so our displays are incomplete. However, we are still open. Long live democracy!” 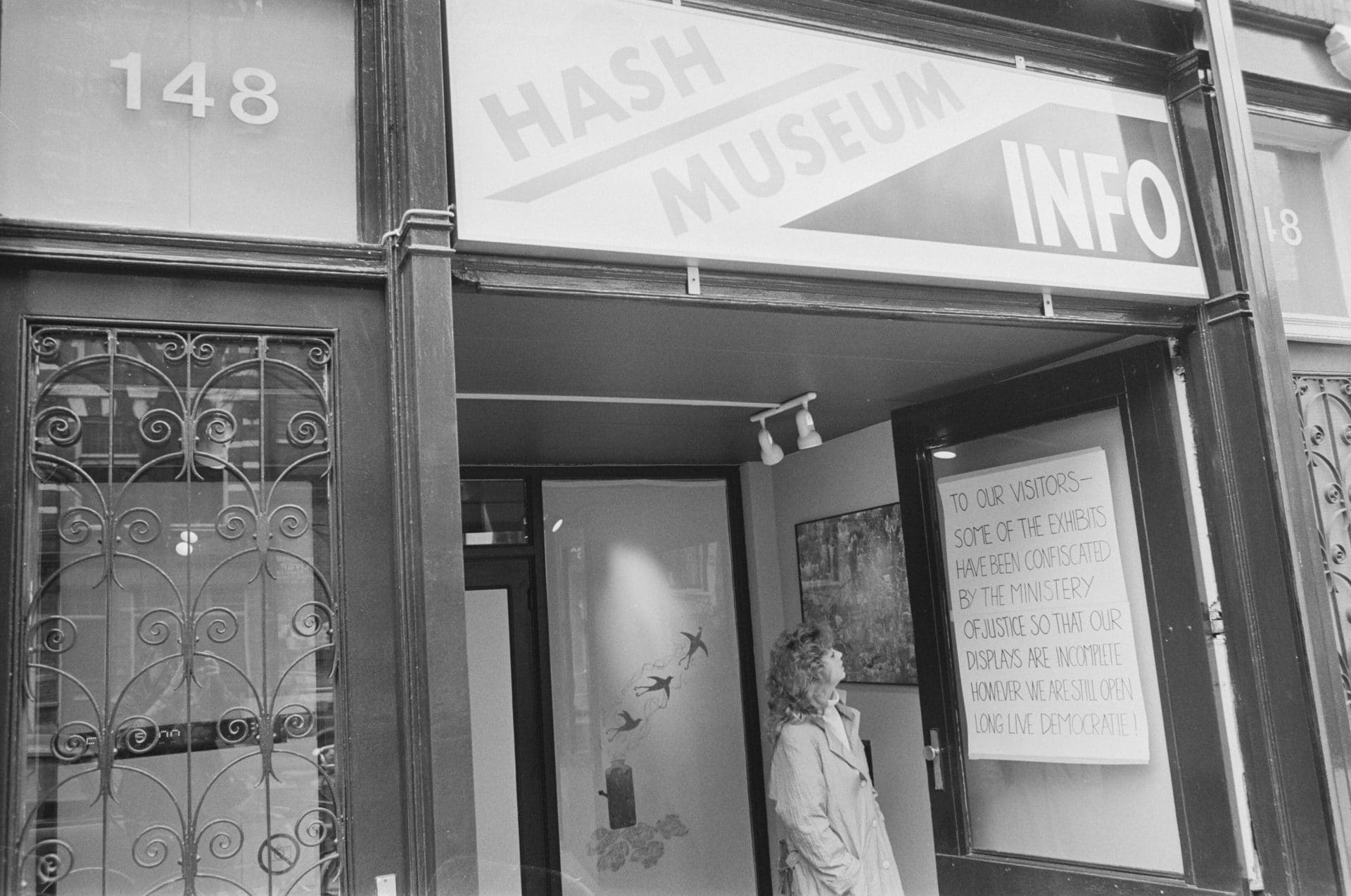 The museum after the police raid in 1987.

“This needs to be shared. Cannabis is all about sharing.” 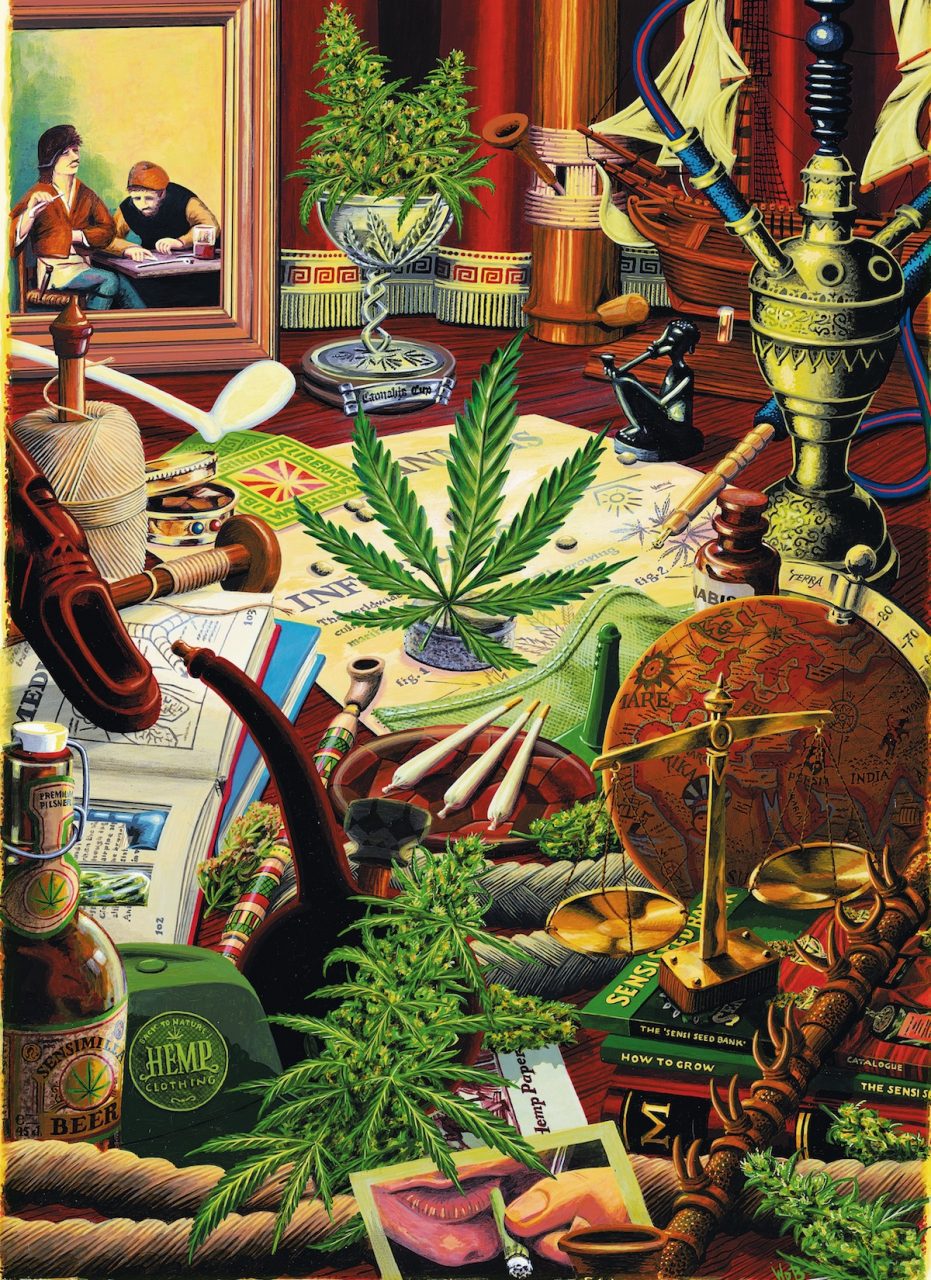 Aiming to change the world

In 1987, cannabis entrepreneur Ben Dronkers, together with his friend Ed Rosenthal, opened the Cannabis Info Museum in Amsterdam’s red light district. They wanted to share their personal cannabis collection and a passion for the plant, but the Dutch minister of Justice thought the museum was promoting illegal activities and closed it on day one after the official opening. However, Ben Dronkers successfully challenged the closure and reopened the museum the next day. The museum, later baptised into the Hash Marihuana & Hemp Museum, has been there ever since.

Many aspects of the cannabis plant were already displayed then. Ben Dronkers explains: “We aim to improve understanding about this exceptional plant by delving into its past, present and future.” Since the opening of the museum, the collection has grown to over 9,000 pieces, most of which were acquired by Ben Dronkers on his many travels across the world.

A second venue, on the same canal, was added in 2009 to display even more of the museum’s unique collection. The Hemp Gallery is dedicated to the long history and wider uses of the hemp plant. From paper and sails, to food, plastics, high fashion and design.

In 2012, both sites in Amsterdam were completely refurbished. On the 26th of April 2012, the Hash Marihuana & Hemp Museum was reopened by the former Minister for Health, Welfare and Culture, Hedy d’Ancona, during a celebratory event. In her speech, she praised the renovation and the passion with which the collection had been put together and made public as a wonderful example of contemporary cultural entrepreneurship.

In the same year, the museum expanded to Barcelona. With great media interest and in the presence of Sir Richard Branson, the Hash Marihuana & Hemp Museum of Barcelona was officially opened by cultural anthropologist Josep Fericgla, on the 9th of May 2012. The Palau Mornau, as the stunning edifice in Barcelona’s Gothic Quarter is known, is a Modernista palace dedicated to cannabis.

Currently, the museum manages and presents a unique collection that encompasses all aspects of cannabis. It functions as a knowledge centre, facilitates scientific research and fulfils an important informative role.