“You will be surprised by the versatility of cannabis, a plant that portrays the history of humanity like no other, and that has enormous potential for the future.”

“It is unbelievable that the role played by cannabis is omitted from most history books!” 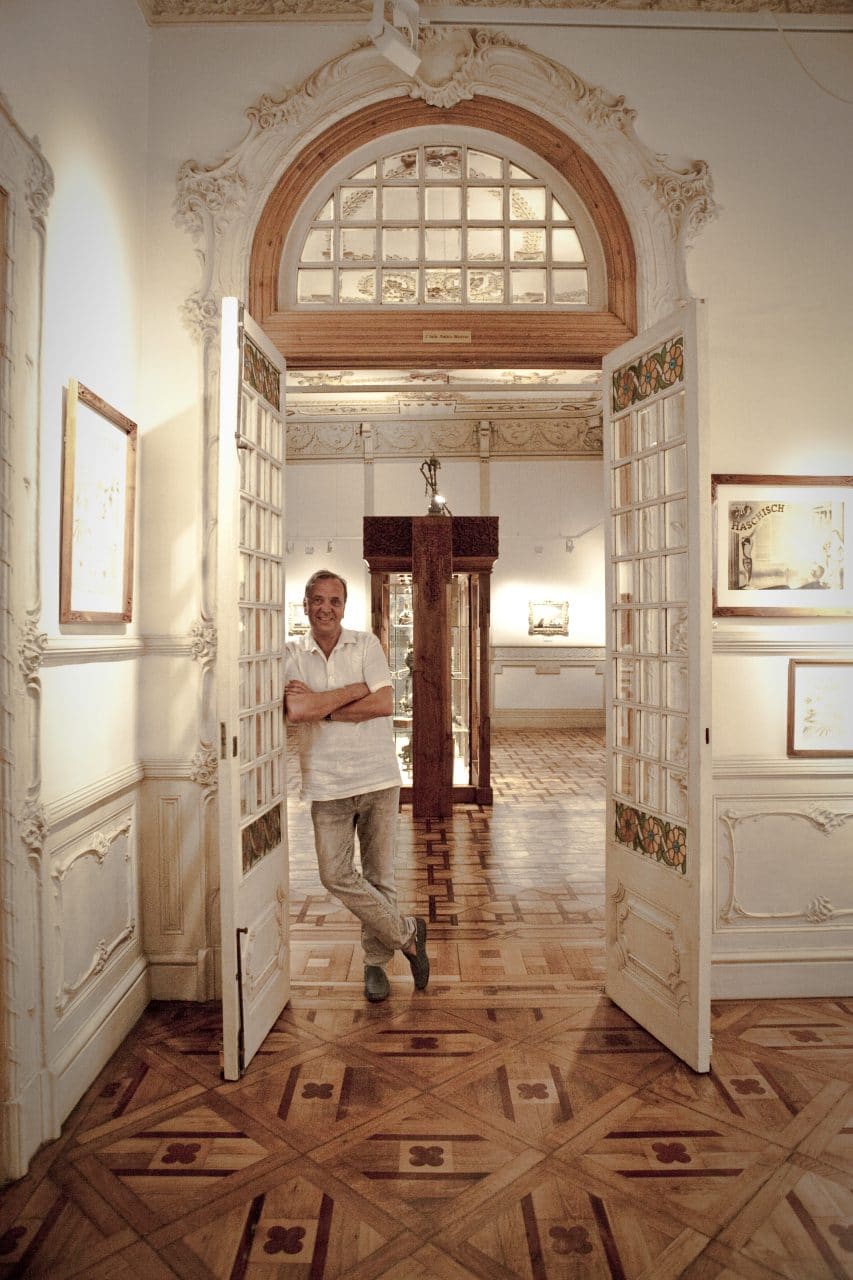 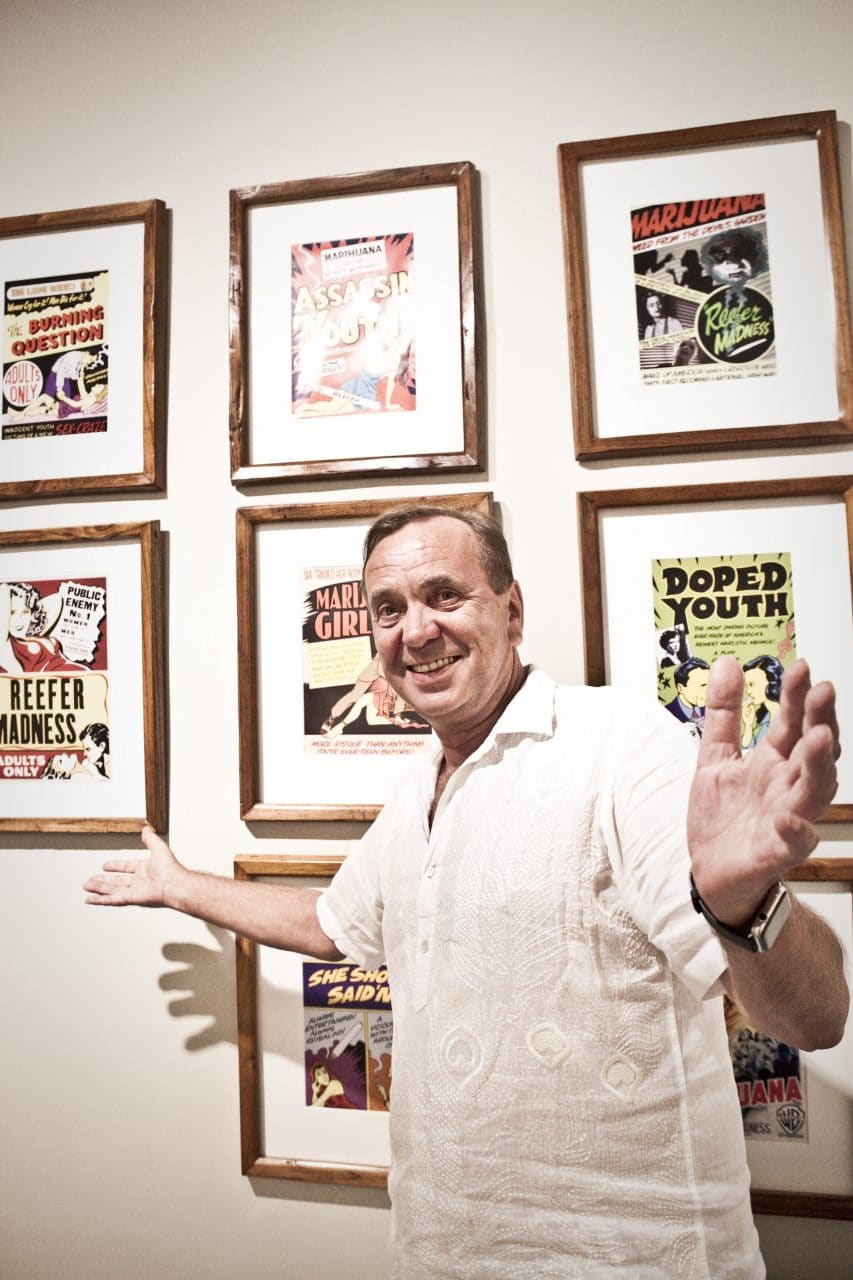 Why did you open a museum dedicated to cannabis?

“Cannabis and Amsterdam (and the Netherlands) are inextricably linked. In the past, this was mainly due to hemp, which was used as a raw material to make sails and ropes in the shipping industry. Thanks to this little plant – imported from Russia, but also developed by farmers in South Holland in Kenneptuynen  – our little country sailed across the world in the Golden Age. In the 17th century, the Netherlands was the most affluent nation in the world. It is unbelievable that the role played by hemp is omitted from most history books!”

“Indeed. These days, the Netherlands has, of course, an international reputation in terms of recreational use of cannabis and hash. I myself was directly involved in the advent of the Dutch tolerance policy by continuously challenging policy makers and by illustrating, through creative entrepreneurship, the absurdity of a ban on soft drugs in practice. Although it was a long ago that the Netherlands had a pioneering role with respect to attitudes towards marijuana, at one time the Netherlands did lead the way. I remain very proud that we annually welcome former Dutch Prime Minister, Dries van Agt, who implemented the Dutch tolerance policy in the seventies, at the Cannabis Culture Awards. These are prizes awarded by the museum to individuals and organisations that have campaigned for the acceptance of cannabis in all its forms. People like Jack Herer, Richard Branson, Frits Bolkestein, Ed Rosenthal and Henk de Vries have already received the award.”

“There is no plant that is so versatile, has such a wonderful history and so much potential for the future. I have been involved with cannabis all my life and the plant keeps surprising me. There are many misconceptions, inaccurate information and even blatant lies. Terrible propaganda against a plant! Through the stories behind the unique objects in our collection people can form their own opinion.”

What do you consider to be the most exceptional object in your collection?

“There is so much. Many things have personal significance to me, like all those books autographed by famous authors like Jack Herer, Ed Rosenthal, Robert Clarke and many more. During my many travels across the whole world, searching for the best cannabis seeds, I bought all kinds of pipes. The largest and most attractive is a gigantic, heavy leaden pipe from West Africa. It is on display in Barcelona and it still works perfectly, I know that first hand (laughs). However, my all-time favourite is the painting from 1660 by artist David Teniers the Younger, a contemporary of Rembrandt. It is on display in Barcelona. It depicts people around a little table smoking cannabis together, a fairly commonplace activity in the Netherlands during that period. An interesting fact is that they are also wearing clothing made out of hemp textile, and there is paper lying on the table that was also made from hemp at that time. In the alcove on the wall behind, there is a little bottle of hemp oil, then used to fuel lamps. The artist may have used hemp oil to thicken the paint. Many paintings from that time were painted on hemp cloth or ‘canvas’, a word derived from cannefas (cannabis). In short, this one painting illustrates the many uses of the plant. And it is a beautiful painting.”

What would you like visitors to gain from a visit to the museums?

“A visit to Amsterdam or Barcelona is incomplete without a visit to our museums. You will be surprised by the versatility of cannabis, a plant that portrays the history of humanity like no other, and that has enormous potential for the future.”