The healthiest way to use medical marijuana. 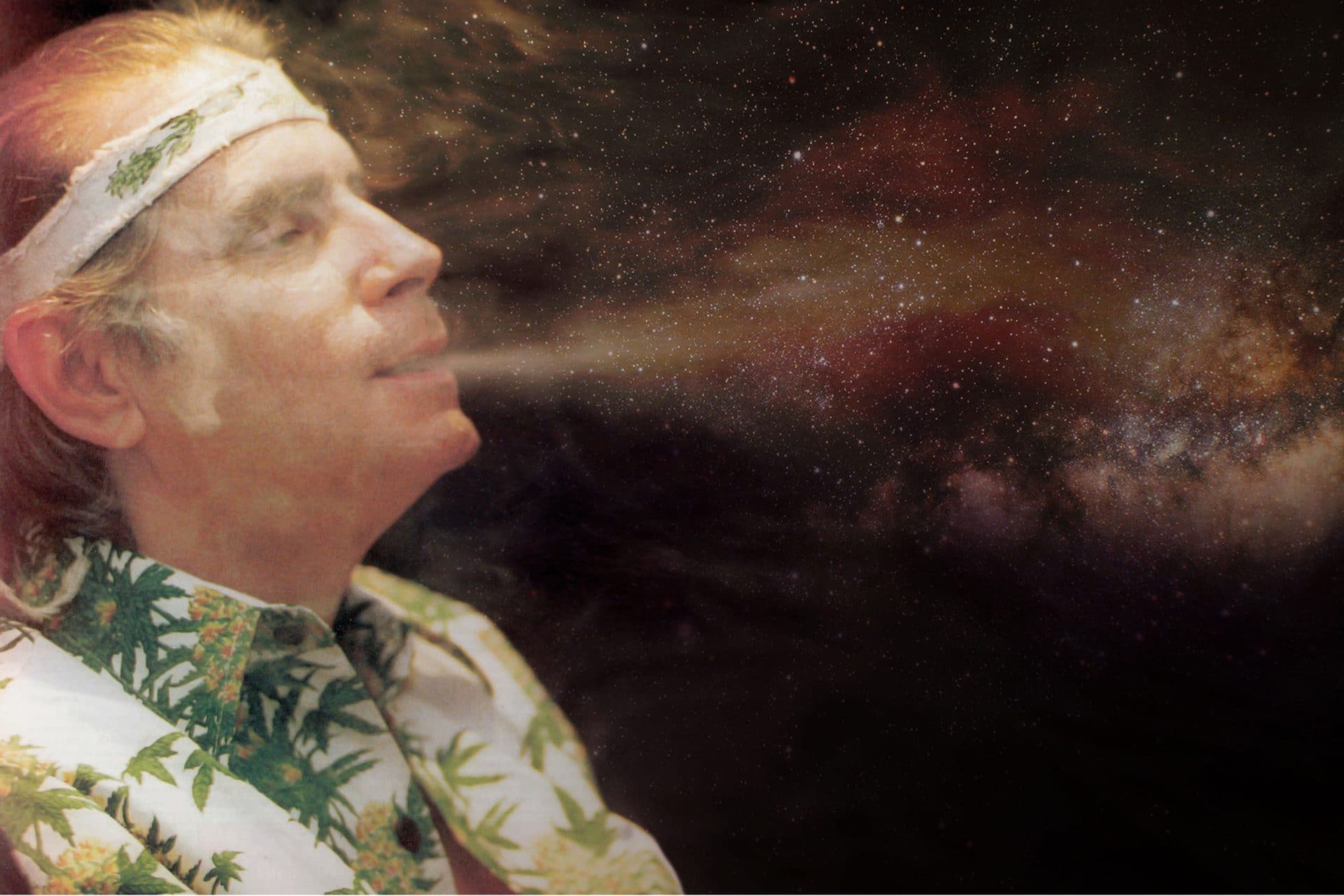 Eagle Bill Amato, known as the Grandfather of Vapour.

“The only museum in the world where you can go out higher than you came in.” 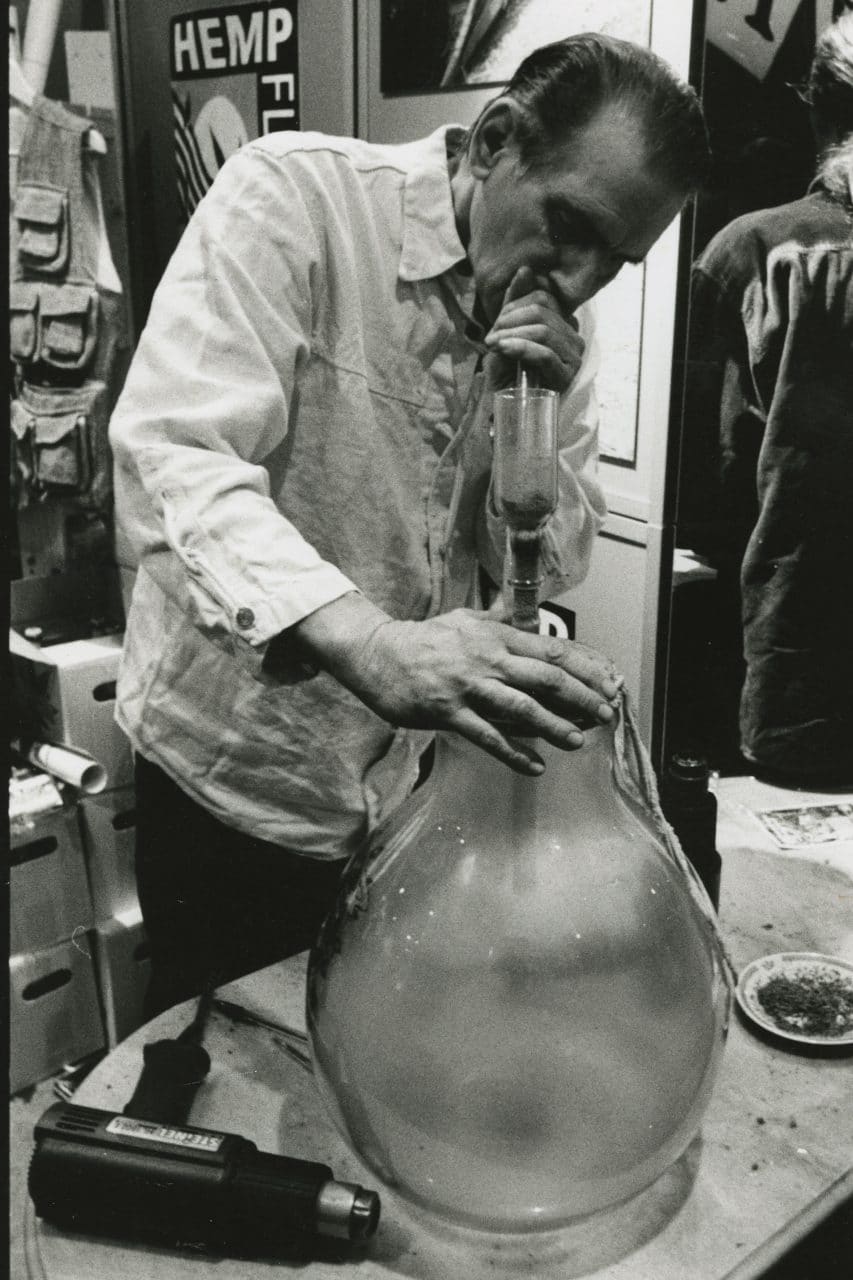 Eagle Bill in the museum. 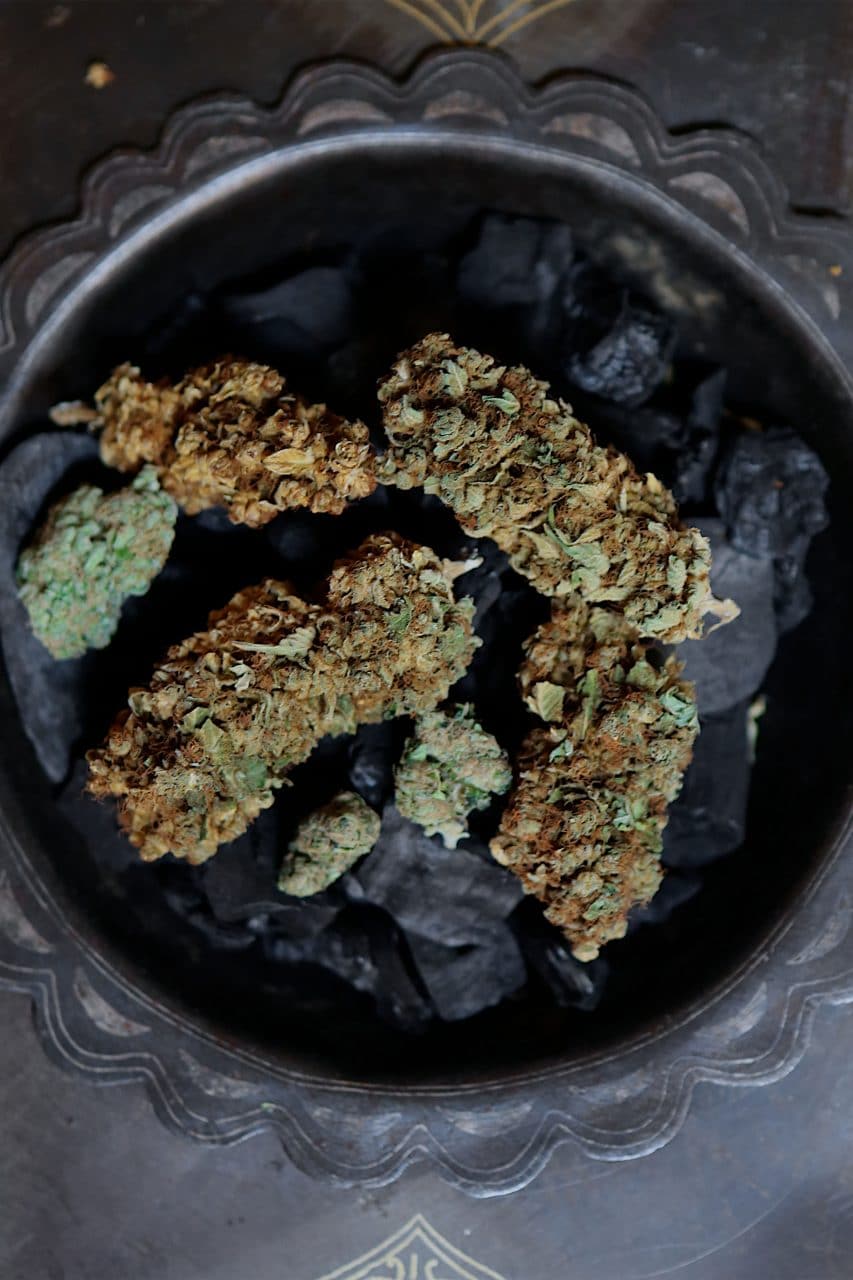 Vaporizing cannabis and the museum

The museum has been closely associated with vaporizing cannabis since 1993, when the Interactive Vaporizing Exhibit became part of the permanent exhibition. Originally demonstrated by Cannabis Culture Award winner Eagle Bill Amato, the Interactive Vaporizing Exhibit continued – partly as a tribute to the man known as the Grandfather of Vapour – after his passing, and continues to be a highlight of the museum tour for many people. This exhibit is now housed in a dedicated space in the Hemp Gallery. Vaporizing cannabis is a simple and pleasant solution to the health issues presented by smoked cannabis. It is the healthiest way to use medical marijuana.

How does vaporizing cannabis work?

At a temperature of around 190 degrees Centigrade (375 degrees Fahrenheit) the volatile oil (a mix of THC and other cannabinoids) contained in resin glands turns into vapour. This THC vapour is released from the cannabis foliage without burning the plant matter itself. The vapour may be inhaled like smoke and the active ingredients are delivered into the bloodstream by the lungs in the same way.

The significant difference between vapour and smoke is that vapour contains few or no carbon particles and therefore minimal amounts of tar and none of the carcinogens associated with smoke. Also, when THC is heated rather than burned, it is absorbed much more efficiently, so less cannabis is needed to produce the same effect. It is an extremely safe use of cannabis.

Vaporizing has its roots in Ancient Egypt, where people would place stones in a fire until they were very hot. The stones were removed and aromatic herbs were placed on them. The heat from the baking-hot stones would release the volatile oils in the herbs and produce a pleasant-smelling vapour uncontaminated by smoke. The same principle of heating without burning can be applied to cannabis to release its cannabinoids and terpenes (the active ingredients that produce the effect and flavour, respectively) in the form of vapour.

Four thousand years after the first experiments with hot rocks, vaporizers are now available in many forms ranging from the very simple to the highly sophisticated. The simplest is probably the Eagle Bill Shake ‘N’ Vape, a specially-shaped glass pipe which is heated by a lighter held beneath the bowl. At the other end of the scale is the Volcano Digital, one of the most sophisticated electronic vaporizers, which features a programmable thermostat and a bag collection system. The I-olite is a hand-held ‘pocket’ vaporizer which offers extra benefits to medicinal users, as it is easy to carry and use anywhere. Visit us to see these and other types of vaporizers in the Hash Marihuana & Hemp Museum in Amsterdam.