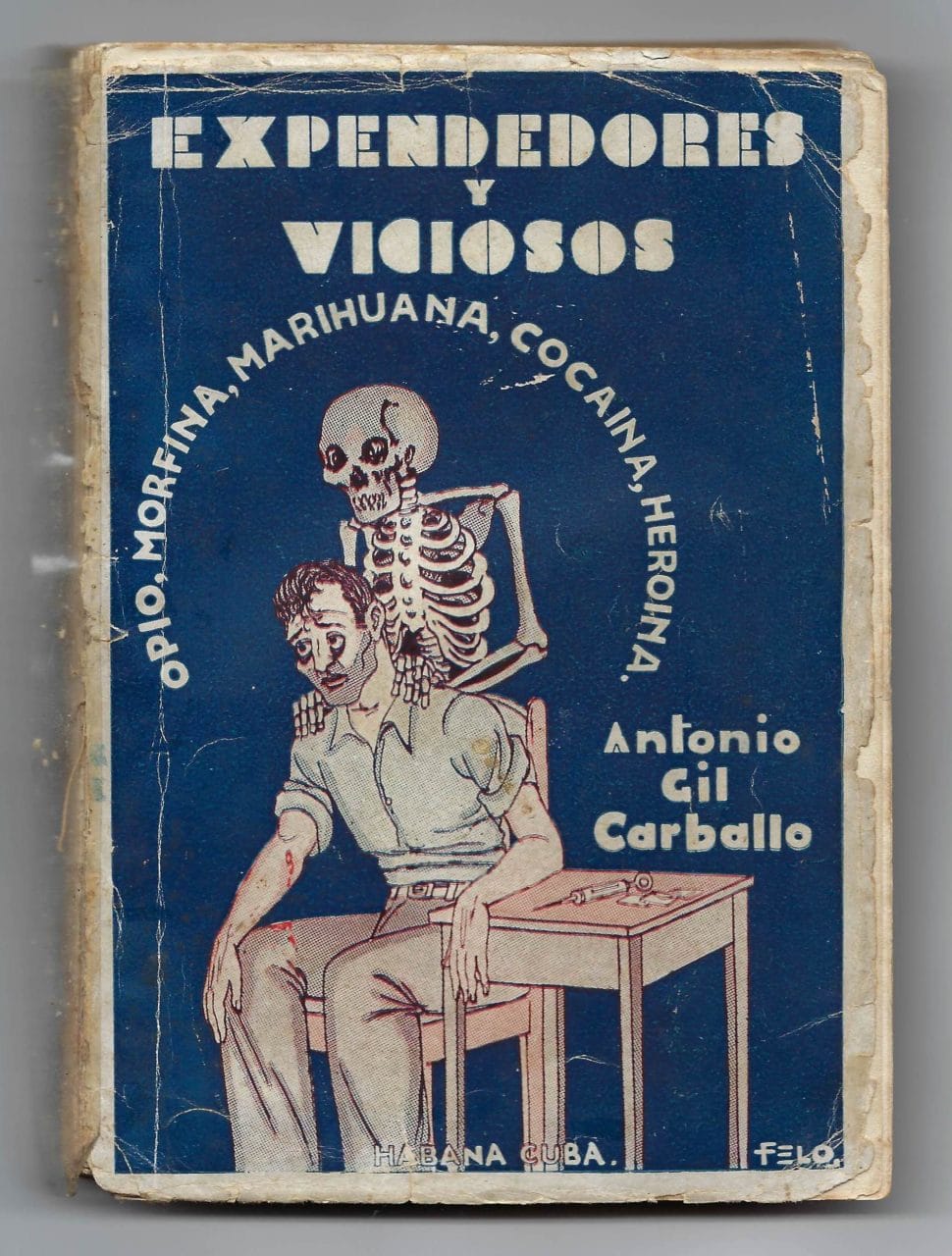 “Cannabis is worse than opium, morphine or cocaine, (…) because it arouses the most dreadful and sinister passions in people.” Find out who thought so in Cuba in 1937.

In Cuba in 1937, the year in which the United States established the Marijuana Tax Act, which effectively outlawed cannabis, Antonio Gil Carballo published his book “Expendedores y viciosos. Opio, morfina, marihuana, cocaína, heroína” (modern translation: “Dealers and junkies. Opium, morphine, cannabis, cocaine, heroin”). In 212 pages, the journalist describes the dangers of cannabis and other kinds of drugs for Cuba’s young people. “Cannabis is worse than opium, morphine or cocaine, (…) because it arouses the most dreadful and sinister passions in people.” The book ends with the complete text of the international drugs convention in Geneva in 1931, when it was decided to impose production restrictions on legal producers of opiates and cocaine.

In the ensuing years, Gil Carballo published a series of articles on Cuba’s decline on account of the flourishing trade in drugs (“Cuba is drugs nation number one”) and he even managed to confiscate “chitines” (joints) himself and hand over a few dealers to the police. As a narcotics expert, Gil Carballo was commissioned by the Cuban secret service in 1945 to train a team of 25 anti-drugs agents. At the end of the 1940s, they arrested hundreds of working class individuals, the majority of whom were tokers and small-scale weed dealers. Despite this special task force, the Cuban black market continued to flourish. Corruption within the police was one of the major causes.

Shortly after the 1959 Cuban revolution, Fidel Castro and his rebel forces introduced draconian drugs laws and all drug users were sent to Marxist re-education camps to perform forced labour. Whilst the hippies in the United States grew their hair and regarded Che Guevara as one of their heroes, the Cuban communists associated recreational cannabis use with an ideological deviation. Even now, on the Caribbean island possession of a small quantity of weed can lead to a prison sentence of between six months and two years. Our museums in Amsterdam and Barcelona exhibit various film posters and pulp fiction novels with hysterical anti-cannabis messages from the 1930s, ’40s and ’50s. The Spanish-language book “Expendedores y viciosos. Opio, morfina, marihuana, cocaína, heroína” (1937) is part of the vast collection belonging to the Hash Marihuana & Hemp Museum.