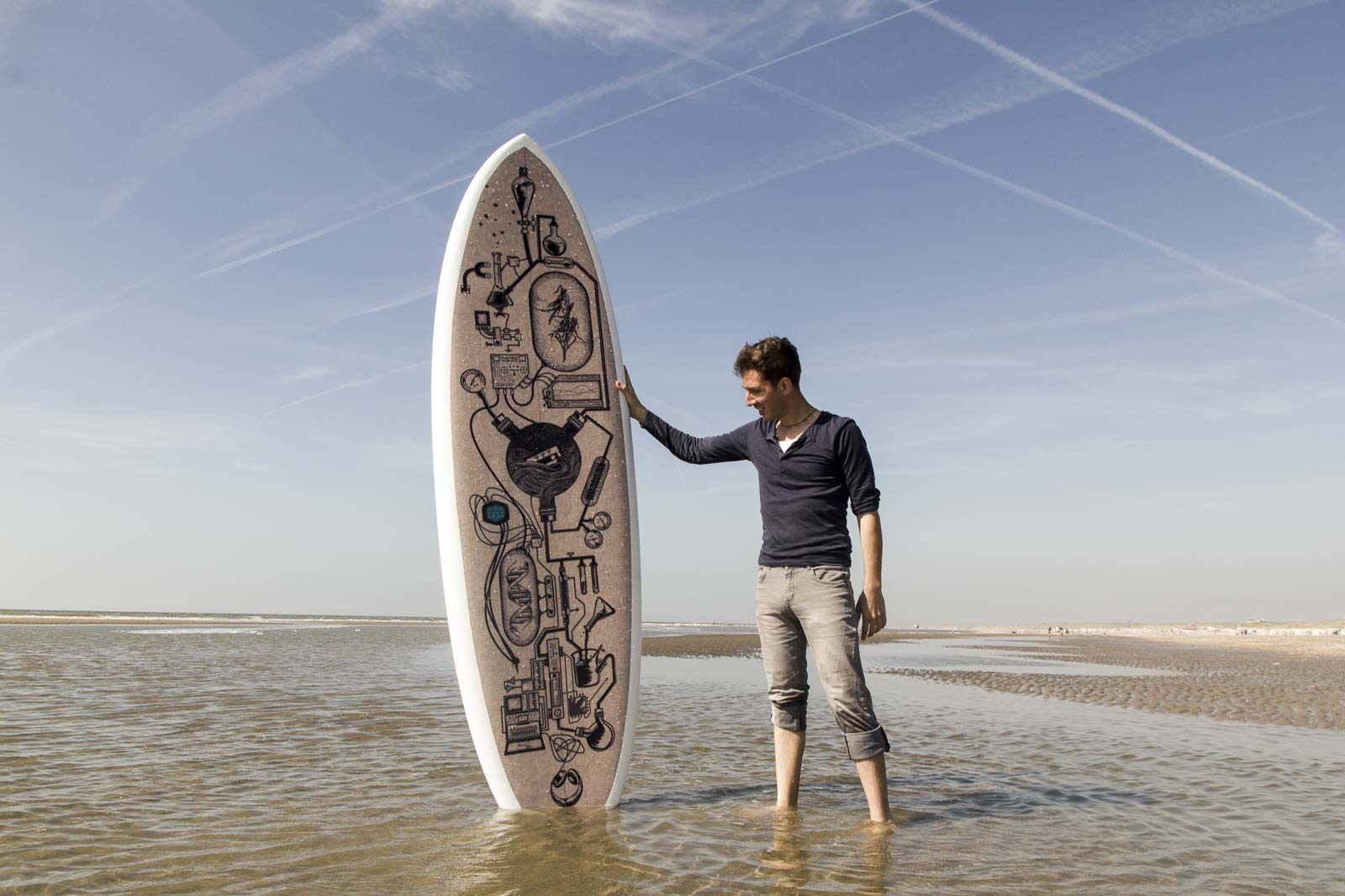 Thanks to a generous donation by the Dutch chemist Dr. Willem Mulder, the museum was able to enrich its collection with a surfboard made from hemp fibres.

In 2011 Dr. Willem Mulder, Professor of Cardiovascular Nanomedicine at the Academic Medical Center of the University of Amsterdam, started thinking about ways to improve the therapeutic index of cannabinoids.

Willem realized that if it would be possible to ‘pack’ the cannabinoids in delivery vehicles based on cholesterolnanoparticles, it would allow their delivery to the diseased sites, while potentially increasing efficacy and decreasing possible side-effects.

While discussing this with his Dutch friend and entrepreneur Gert van Kempen, the idea gained momentum and further solidified. Gert proposed to start a crowd fund campaign to generate publicity, and attract funding for further research on this topic. The crowd fund project High on Nano was born, which  generated the Dutch Hemp Company HempFlax’s interest to get involved in this field and financially support a Phd research project, supervised by Willem.

To honor Willem’s inauguration as professor of ‘Cardiovascular Nanomedicine’ (at the Academic Medical Center in Amsterdam) HempFlax and Gert initiated an effort to ‘develop’ a present that not only should represent appreciation for Willem’s work, but also underlines the diversity of the hemp plant and displays a ‘fun factor’. In light of Willem’s passion for surfing, this ‘High on Nano surf board’ was created.

The board was shaped in South Africa by SolidFlex and contains hemp fibre, while the unqiue artwork,designed by the Israelian artist Roey Tsemah (Play Think Make), captures some key features of Willem’s professional life and personality.

As modifications required to make the board ‘surfable’ will compromise the art, Willem decided to donate the board to the Hemp Museum to share its beauty with the general public and promote the ‘High on Nano’ story.