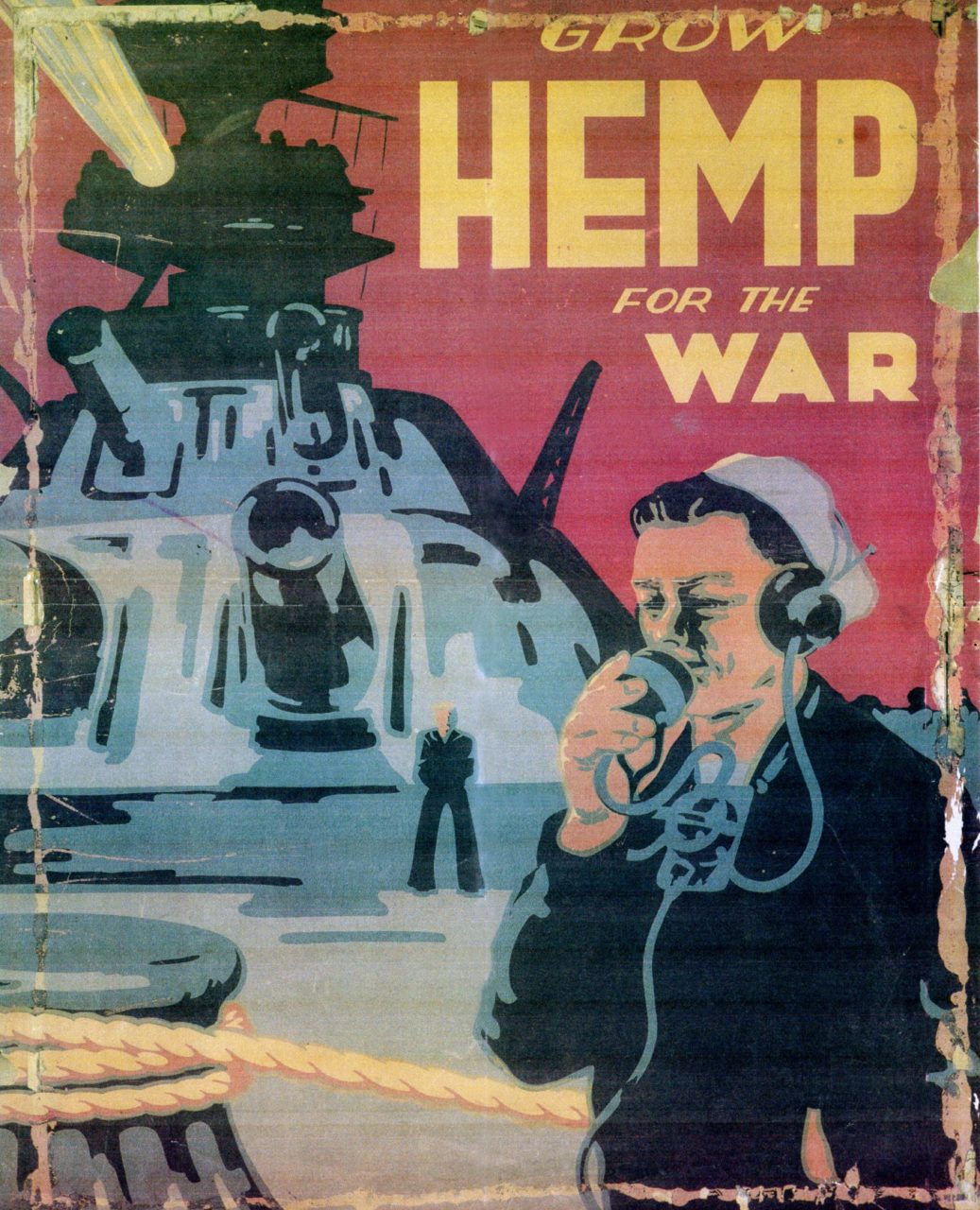 Hemp during the war

Due to the Japanese attack on Pearl Harbour in 1941, America became directly involved in the Second World War. As a result, American war production had to be up and running as fast as possible. However, there was a shortage of fibres as the Philippines and East Indies hemp production was in the hands of the Japanese and there was a limited import of jute from India. And it was those fibres that were really necessary for ropes, shoelaces, parachute webbing etc. The solution to this problem was found in growing hemp on American soil, a plant that was at that time (after 1937) illegal in America.

“Hemp for Victory” is a short propaganda film by the United States Department of Agriculture from 1942 and was made to persuade farmers from the states of Kentucky and Wisconsin to grow hemp instead of maize. This fourteen minute black and white film, which can be seen in its entirety in our museums, was directed by Raymond Evans with a voice-over by Lee D. Vickers: “Long ago when the Grecian temples were new, hemp was already old in the service of mankind. For thousands of years this plant had been grown for ropes and cloth in China and elsewhere in the East. For centuries prior to 1850, all ships that sailed the western seas were rigged with hemp ropes and sails. For the sailor no less than the hangman hemp was indispensible.”

”The voice goes on: “In 1942, at the government’s request, patriotic farmers planted 37,000 acres of seed hemp, an increase of a few thousand percent. The target for 1943 is more than 50.000 acres of seed hemp (…) Hemp production must be immediately increased as part of the war effort.”

Hemp cultivation in the USA

Cultivating hemp, a miraculous plant that played a part in the American victory, was again prohibited after the war. The American government even denied the existence of “Hemp for Victory” for years. Until two copies on VHS were donated in 1989 to the Library of Congress by the cannabis activists Jack Herer, Mia Farrow and Carl Packard. They had tracked the film down after an extensive search in the film archives.