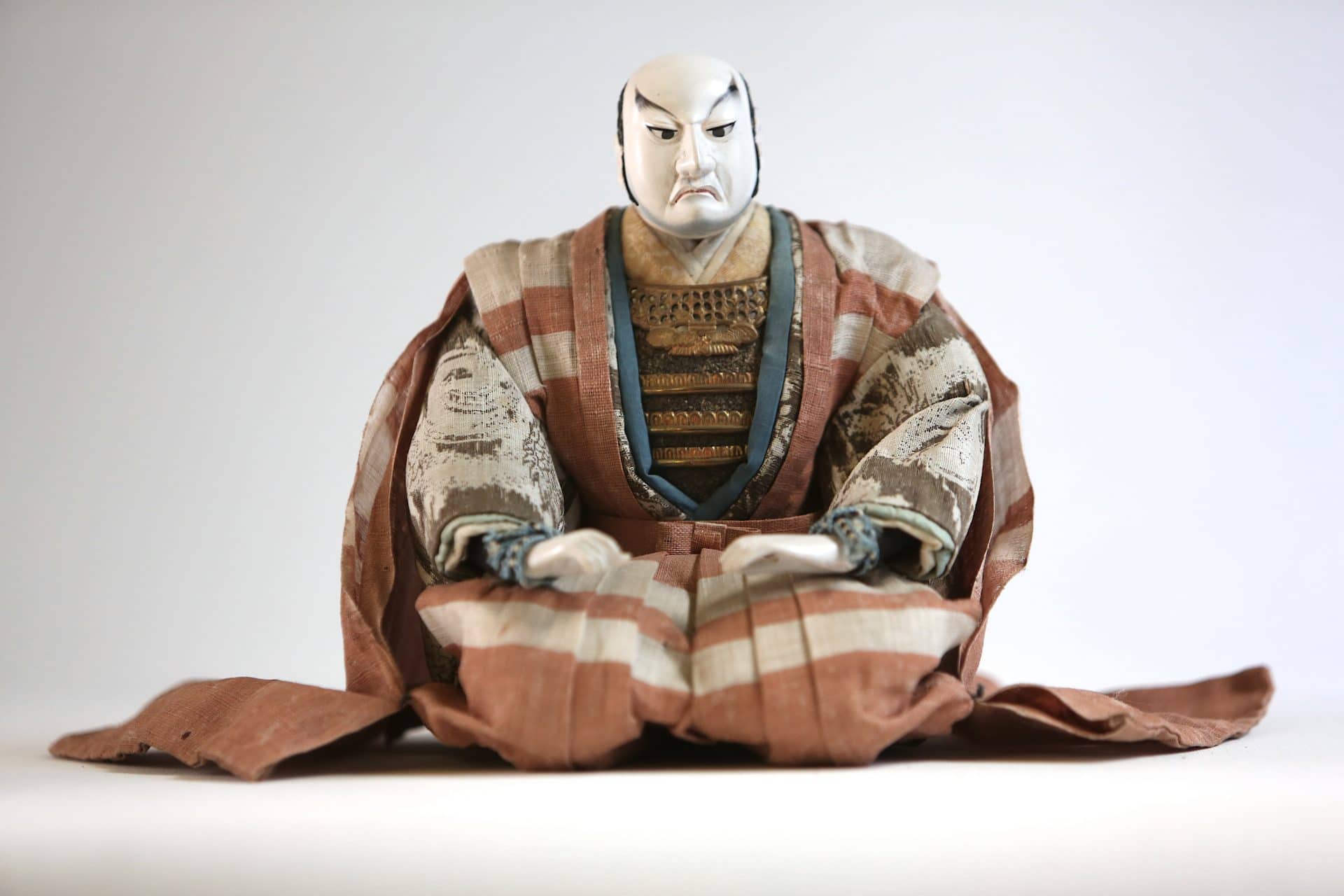 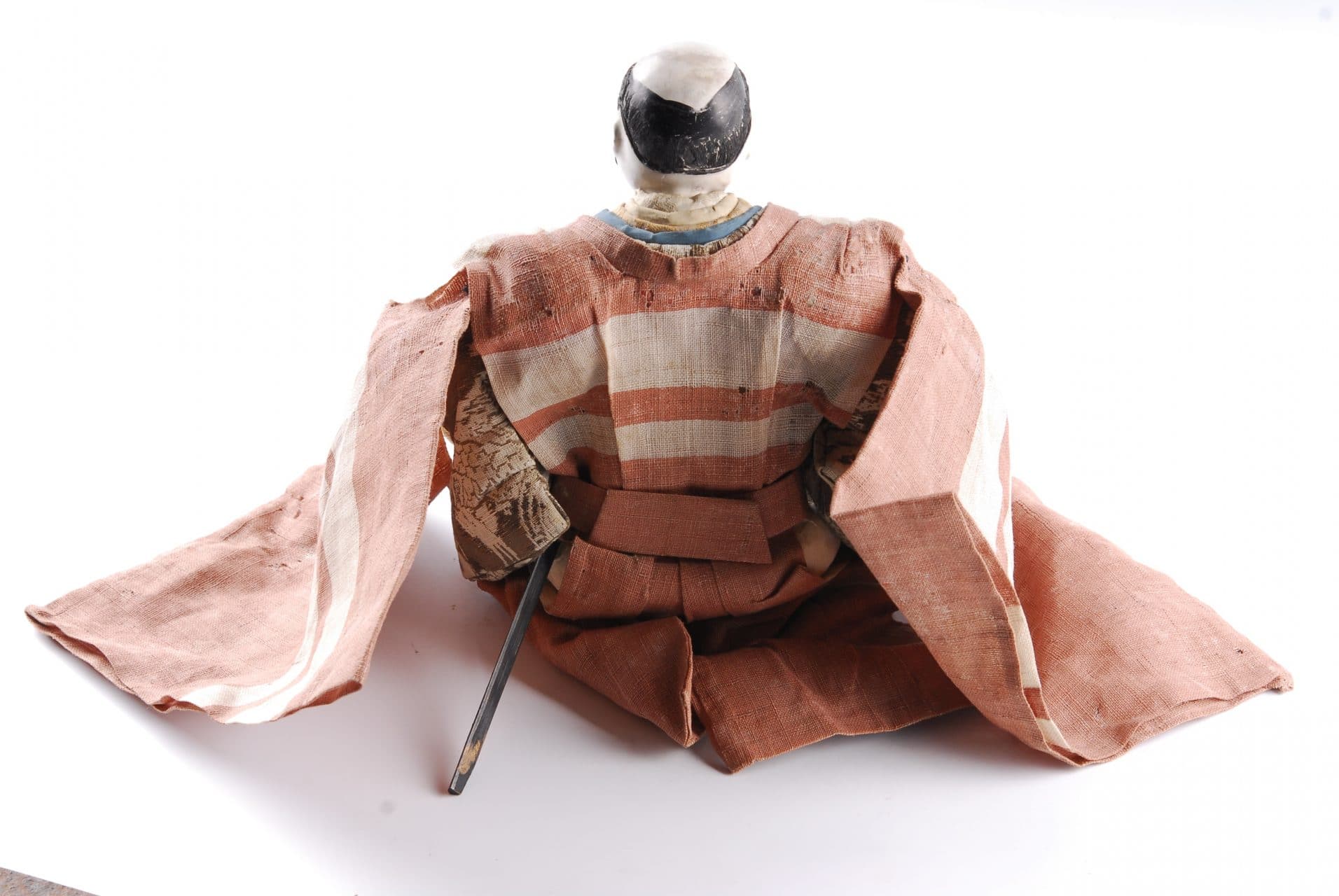 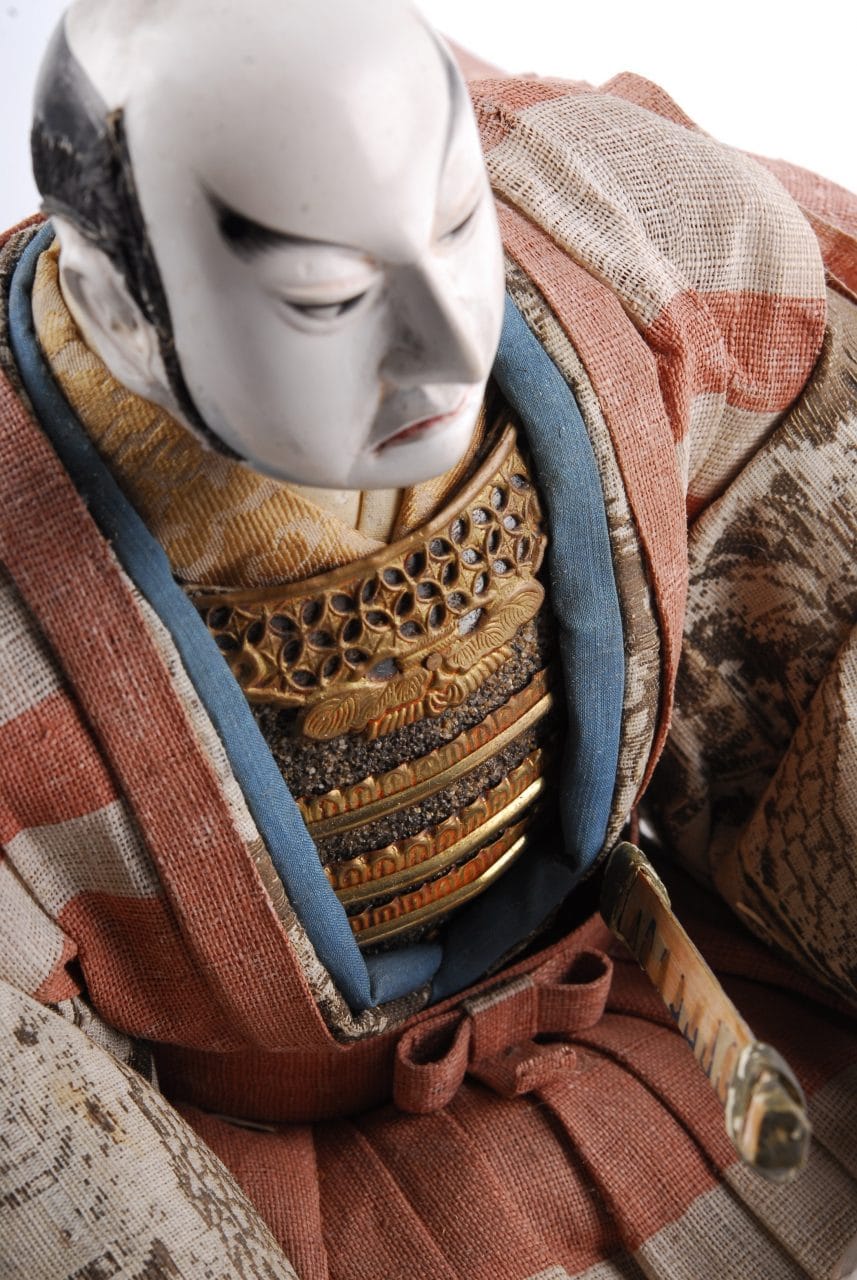 A Japanese samurai doll dating from the start of the nineteenth century, clothed in an outfit made from – you guessed it – hemp.

Recently, a new resident from the Far East arrived at the museum in Barcelona: a Japanese samurai doll dating from the start of the nineteenth century, clothed in an outfit made from – you guessed it – hemp.

In early feudal Japan, the life of a samurai – lit. “he who serves” – revolved around protecting the lords belonging to the highest social class. Samurai were also members of the elite and they adhered to a strict code of honour, were educated and were also true trendsetters. For instance, in addition to the art of war, they were trained in the fine arts and were responsible for popularising flower arranging, or Ikebana.

Hemp and fashion in Japan

In the same period, hemp was actively cultivated in Japan. The daimyo, or warlords, promoted its cultivation among their vassals, as they could sell the plant for a high price in the city, where hemp fibre was primarily used to produce clothing. Hemp was a luxury product and wearing clothing made from its fibres was something reserved for only the highest social classes. It is therefore no surprise that this samurai is very proud of his outfit, with its impressive shoulders.

This attire is called a kamishimo and is a fashion item from the Edo period (nineteenth century). It consists of a long overcoat with wide pants, which the samurai wore while travelling or during poor weather over his silk clothing and warrior gear. In addition to exhibiting his status, the cape also functioned as an excellent raincoat. In order to make the hemp waterproof, Japanese tailors had come up with something ingenious: the fabric was bathed in the juice of Japanese persimmons.

Our samurai doll looks concentrated as he assumes a meditative – mokuso – attitude. He is preparing himself mentally for an intense training session in Japanese martial arts.

His face and hands are finished with gofun, a material made from finely ground oyster shells, which was specially developed for the creation of traditional doll faces. His pale complexion is reminiscent of the white-powdered faces in fashion with Japanese women. Incidentally, this was not a very healthy habit: frequent use of this make-up caused lead poisoning and resulted in deformations in the children of samurai. This phenomenon could very well have been a significant contributor to the fall of the samurai in the nineteenth century.

Samurai doll in our collection

At any rate, our doll is a memento of a glorious period for the samurai. He may have participated in one of the many Japanese ceremonies, or perhaps he was a proud addition to the living room of an affluent family, before he journeyed to Europe as a souvenir, where he has now taken up residence in the no less prestigious Carrer Ample in Barcelona.